The Piscataqua Sailing Associations Commodore’s Cup Trophy recognizes top performances in the five Summer Regattas, run by KPYC and PYC for the Racing and Cruising Class. These regattas for 2019 are:

Rules: Your best three regatta finishes will count toward the “CUP”. The three finishes must be in one class, Racing (spinnaker) or Cruising. The class is determined by your first race declaration by the yacht’s skipper. A yacht may later race in another class by declaring so to the race committee before the start. There results will not count toward the cup, but will count for individual regatta awards.

There will be two throw-outs and the best three finishes will determine the final score. In the event of a tie the throw-outs will be counted to determine the tie breaker.  In the event a tie still exists after all five (5) races have been scored the committee will resort to US Sailing Rule A8(1,2).

There must be at least three yachts in a fleet in order for the race to count as a Commodore’s Cup qualifier. If three yachts are not present in the class the race will be only scored for the majority class. The minority yachts scores will not count for that regatta toward the “CUP” or in any tiebreaker.

Yachts not racing in a minimum of three Regattas, results will not count toward the “CUP”. The end of the season final results for the qualified yachts may change with the unqualified yachts removed.

Entry Fee: There will be a onetime entry fee of $60.00 to participate in the Commodore’s Cup Series Races. One Registration automatically registers the boat for the entire series. The fee is the same if the boat races in one or all of the series races. Register on line for the Porsche Audi of Stratham 2018 Commodore’s Cup Series (see below). 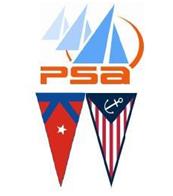